Not every superhero wears capes, some also come in a fire truck. The perception of the fiction superhero changed for people in Pune on 28th Jan 2022 when the Pune Firefighters rescued a group of cats from a blazing fire. 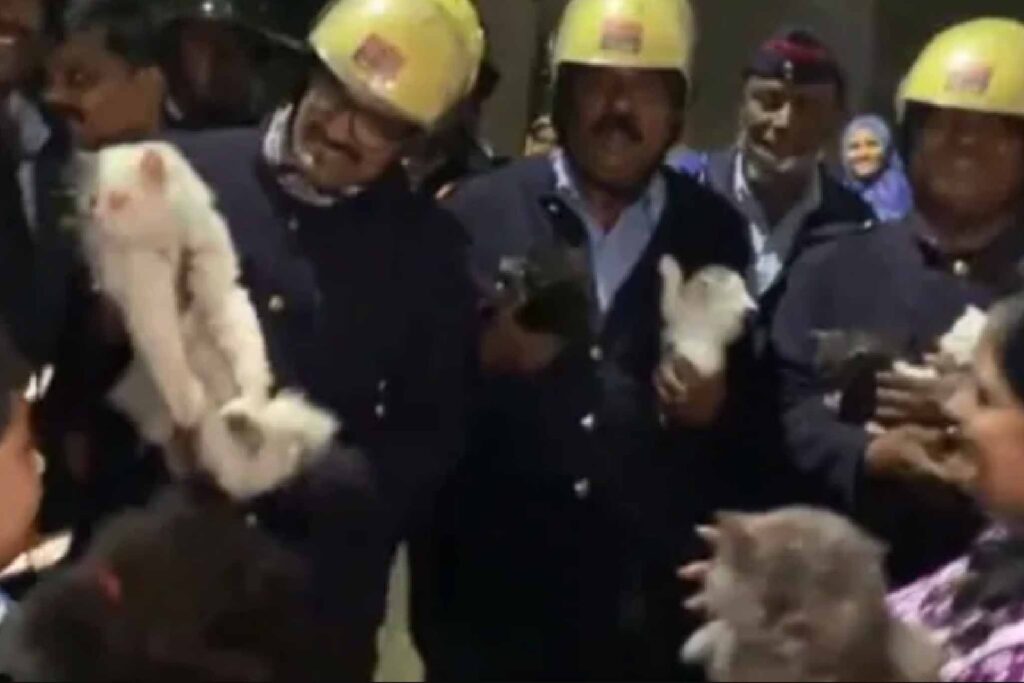 The incident took place when the 10 Persian cats were stuck in a three-storey, Shantiniwas society in Ghorpade Peth, Pune, Maharashtra. Fortunately, no one was injured in the fire. It all happened after a short-circuit occurred in the building and started to emit smoke. Soon after this, people called to inform the Pune Fire Department.

“The pets were stuck in a flat that was filled with smoke caused by the fire, but we managed to rescue them,” news agency ANI reported quoting a fire official.